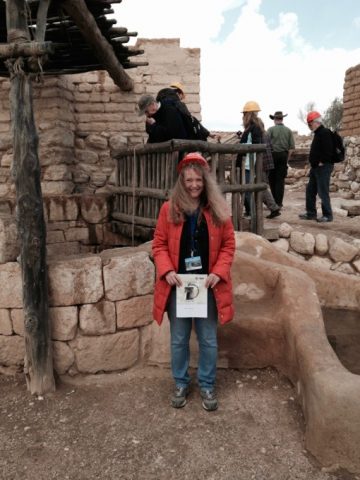 The name “Israel“ is intimately related to the Jewish people. The country Israel, however, is also the country of the Palestinians. About 20% of Israel’s citizens speak the Arab language and are Palestinians.

Israel is definitely the country of Jewish religion. There is not one single Jewish religious methodology. Jewish religion is as colorful and diverse as the Jewish nation. People of many different countries with many different traditions over the hundreds of years of separated practice are now reunited. They feel free to articulate and live their mosaic faiths in the way they always dreamed of, often burdened by a past of harassment, killing and humiliation.

Israel does not grant its Jewish citizens a life apart from or free of religion. If you, as a Jew, want a non-religious wedding in Israel, you have to leave the country. The rules of the orthodox Jewish faith have an effect on everybody, including non-Jews. There is mainly kosher food and the rules of Shabbat determine shopping hours and traffic. Certain quarters of cities are completely closed during Shabbat and other holidays, and if you drive there, your car might be stoned. There is no public transportation in Jerusalem during Shabbat except taxis and individual driving.

For the non-religious inhabitants of Israel, life is a challenge. It demands not only tolerance and respect, it demands acceptance. Acceptance encompasses compassion, wisdom and understanding. This is what you find in Israel, at least among the majority of the citizens. The orthodox and ultra-orthodox citizens are often not as understanding, respectful and tolerant as the ones I just described. There is a lot of passion involved – for religion, but also for the land of Israel. 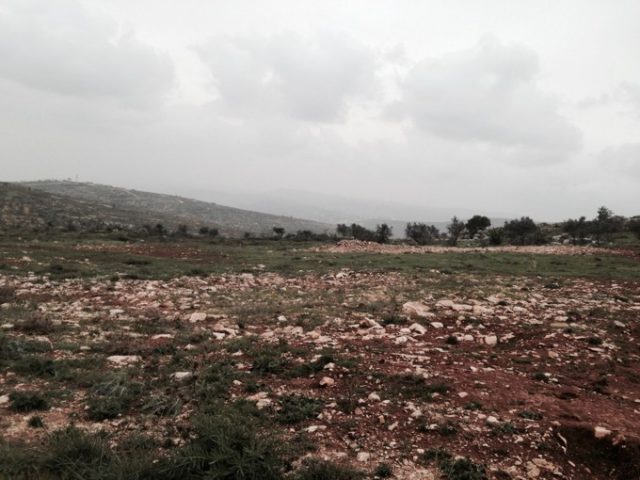 During the Six-Day War, Israel conquered the West Bank which was formerly part of the Jordanian state. The state of Israel deemed it a new part of its country, but did not fully integrate it by handing out Israeli passports and granting full rights to its non-Jewish citizens. The Israeli state did, however, hand over government land, formerly owned by the state of Jordan, to Jewish settlers. The Jewish state built streets and other installations, e.g. military camps, within this annexed part, Palestine. All this causes severe problems now that there is a Palestinian identity. How could there not be, as the Palestinian people demand a life in freedom as fully respected, educated and well-supplied citizens – in whatever state, country or region, because this is the right of every person in the world. 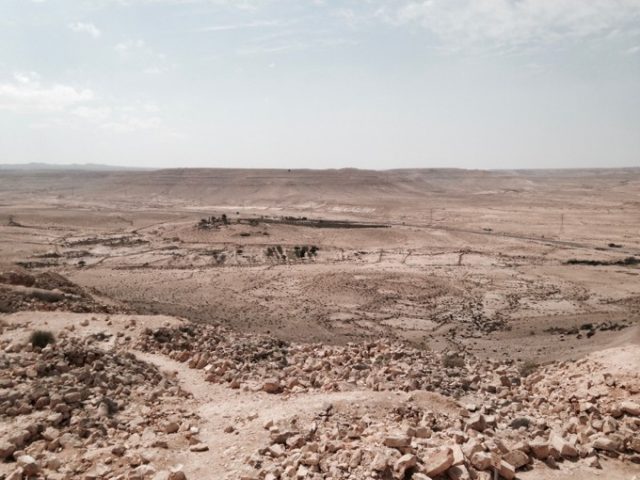 Of course, Jewish people know that they transgressed borders, took land they did not own, and are in region where they have no right to be. This creates fear and a continuous state of alertness. If you ask those Israelis who live in the country of Palestine, however, you might hear a fantastic set of stories concerning why they belong there and why they have the right to be there. I assume that they are ready to fight for this land, where they often lived for decades now. This is a problem. The problem could be solved if there were one state called Israel-Palestine and if there were full rights for all people living in it and all religions alike – also for those who have no religion. The acceptance practiced within the Jewish community would “just” have to be extended to everybody within the borders of this state. For the Palestinians, this would bring more wealth and better education – and full citizenship with all the rights connected to it in a country which has the chance to survive within its own borders. If this solution could be found, there would even be the chance that Gaza could eventually be integrated. 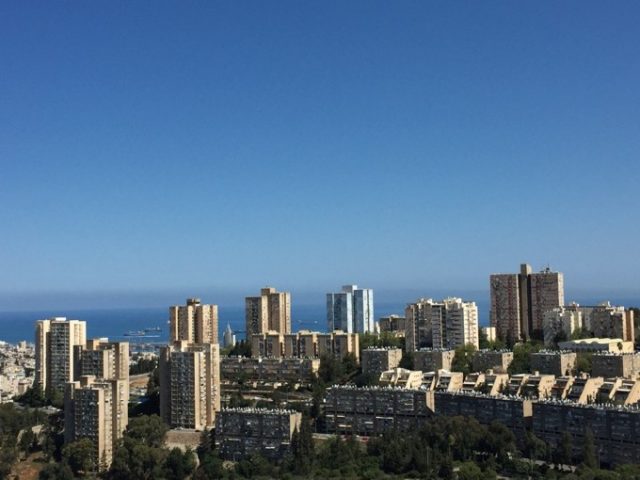 If Palestine is to be created, it needs full support and acceptance within and beyond its borders. It cannot survive with settlements and entities inside it which do not support its existence. It would be close to a miracle if Israel were to give up all its settlements and installations within Palestine which it has established during the past decades. It would definitely be a miracle, however, if the state of Palestine could bear this situation. Compromises have to be found, and they are usually found in a dialogue – which is difficult to put into practice. There needs to be help from the outside – mainly of forces that are not following their own interests, but truly seeking the best solutions. Europe is mainly responsible for the given situation and should be supplying the main support in this process. Its diversity grants an even higher chance of success. 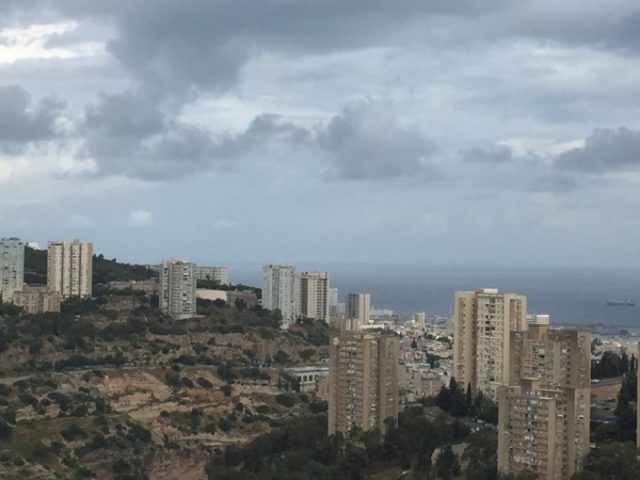 The landscape of Israel and Palestine is very beautiful. The passion, love and devotion it creates within its inhabitants is easily understandable. Its long and rich history enhances the passion that it creates day by day. I found Israel and also Palestine to be modern, wealthy and quite well-off. People told me about poverty and even hunger. As a tourist I was unable to see this. I saw good cars, good roads, attractive houses, a lot of construction, well-dressed people and good food – also in Bethlehem. Compared to other countries like Brazil or India, I found these two countries – as far as I could see – much more equally balanced. The Bedouins are a separate group with a separate lifestyle and a separate history. One could call many or most of them poor. This would, however, ignore the fact that they have inherited a certain lifestyle which they want to follow. In Israel, we can learn that you cannot measure everybody with the same standards, as there are so many different traditions, cultures and expectations. I felt that the Bedouins have found their way to live within Israel.

Israel is still governed by fear. You see this by the presence of armed military all over the country. You feel this when you are asked questions about the motives of your visit or the way you have packed your suitcase. There is, however, a very human, attractive and touching component connected to this: most of the soldiers are beautiful young people who look like the boy or girl next door whom you would not want to harm, nor from whom you would expect any harm. The three years’ training in the military gives most of the young Israelis a lot of social skills and a good network for their future lives. They learn obedience, but also self-confidence and performance, rhetoric and posture. This adds to a good education and to high social and intellectual skills. If you do not serve in the military, you serve in the social field, which provides a similar experience in respect to personal development. 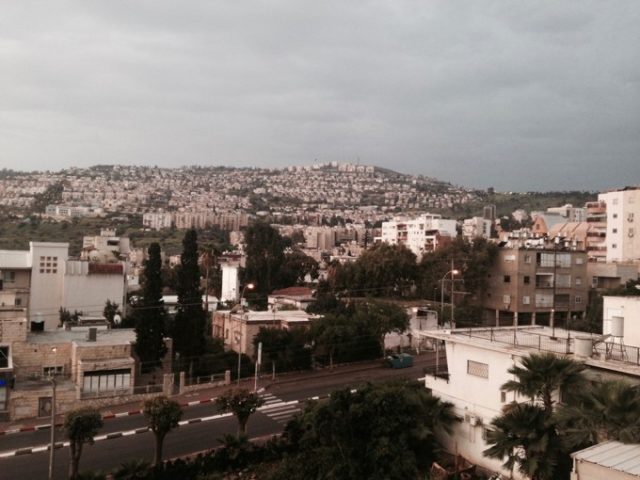 The importance of the army and a social network shows up in everyday life. In the hotels I stayed in, I found several receptionists preferring to talk to their friends on the phone instead of serving me. They did not supply the best information to me, which is usually provided as minimum service. I found regulations concerning service which were not mainly created to serve the customers, but to serve the needs other than client’s expectations, e.g. the needs of the staff. There was, however, a genuinely and generally friendly way of communication which I really appreciated.

Conclusion: Visiting Israel and Palestine is an experience which should not be missed if you are interested in spirituality and/or politics. There are no easy answers, and the deeper you dig to find answers, the more complex reality becomes, and the more difficult it is to find simple answers. Israel and Palestine need to accept that there are no easy answers and to expect that the more answers you seek, the more problems you find. So I recommend seeing problems as challenges – and challenges to find still more challenges.